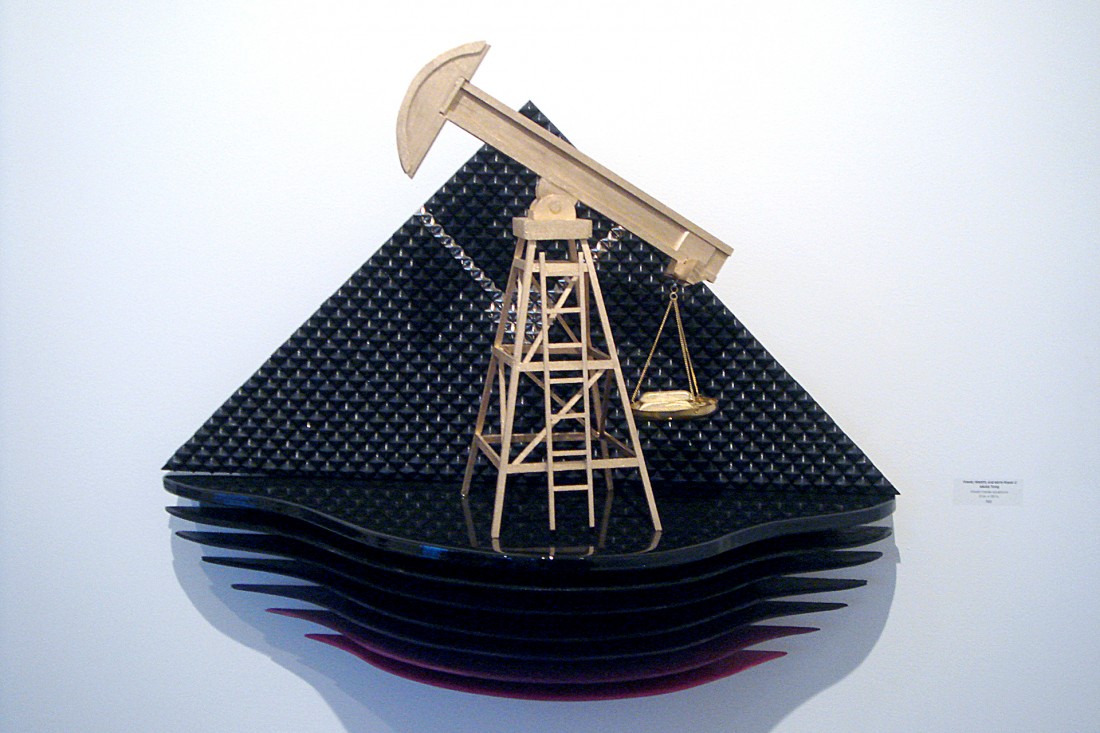 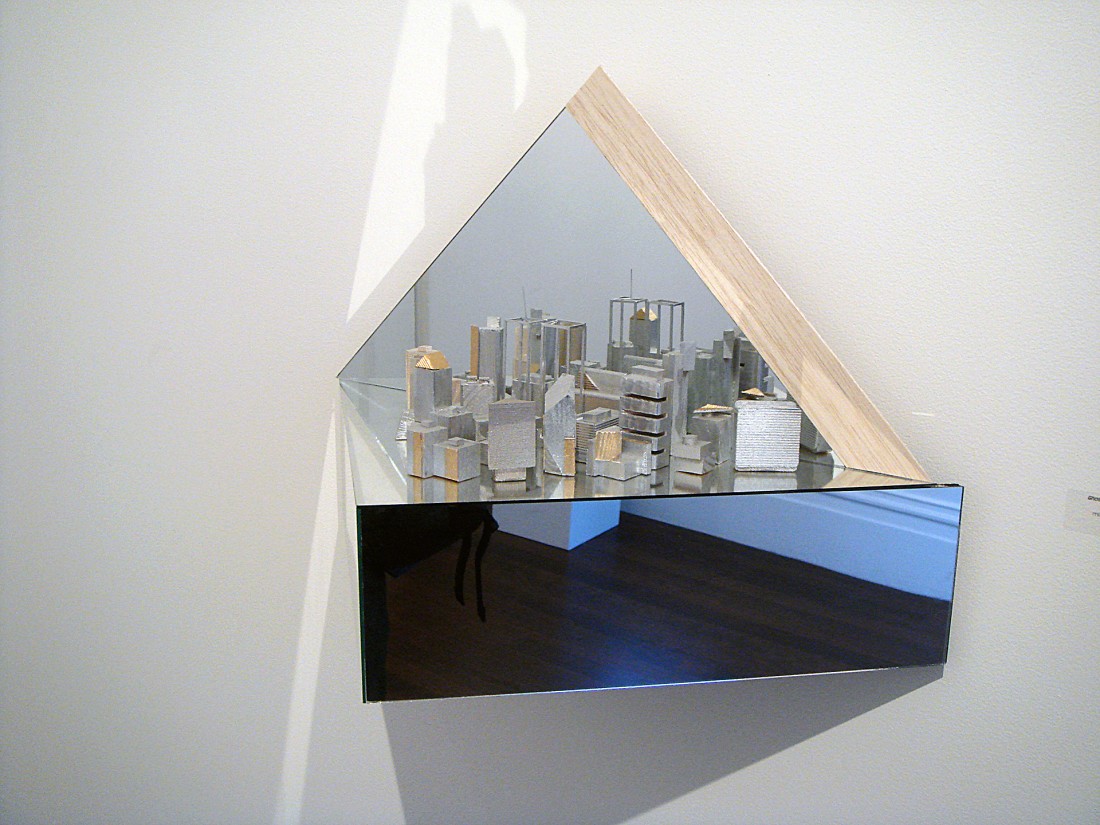 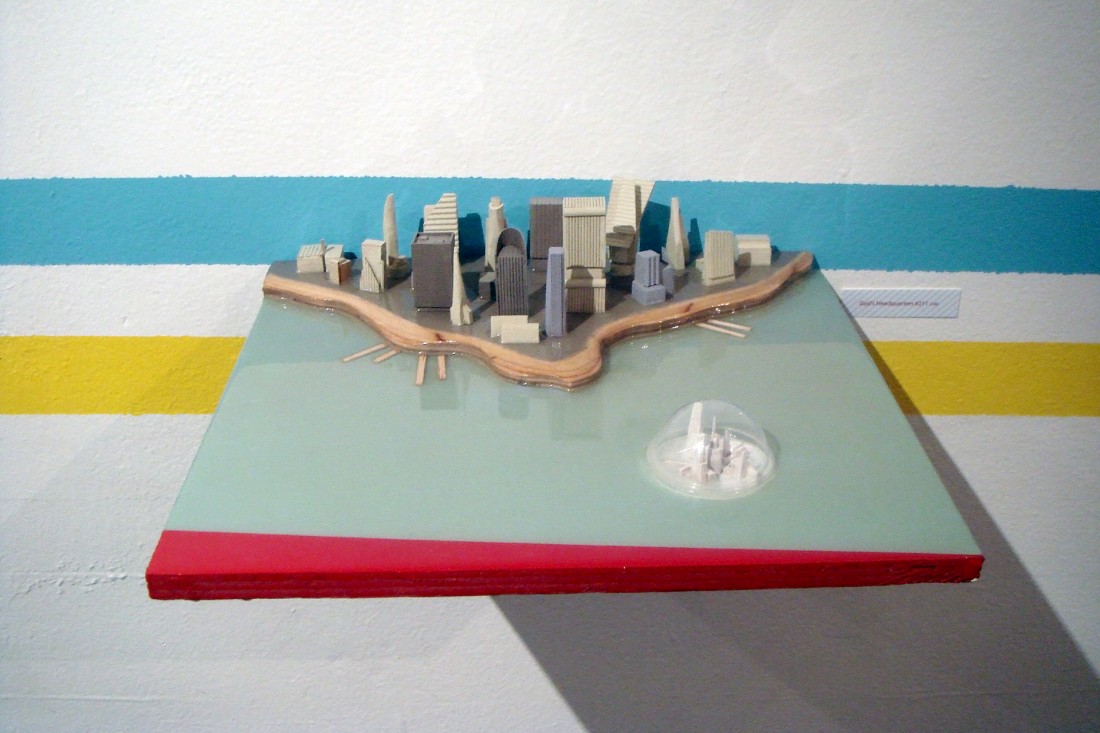 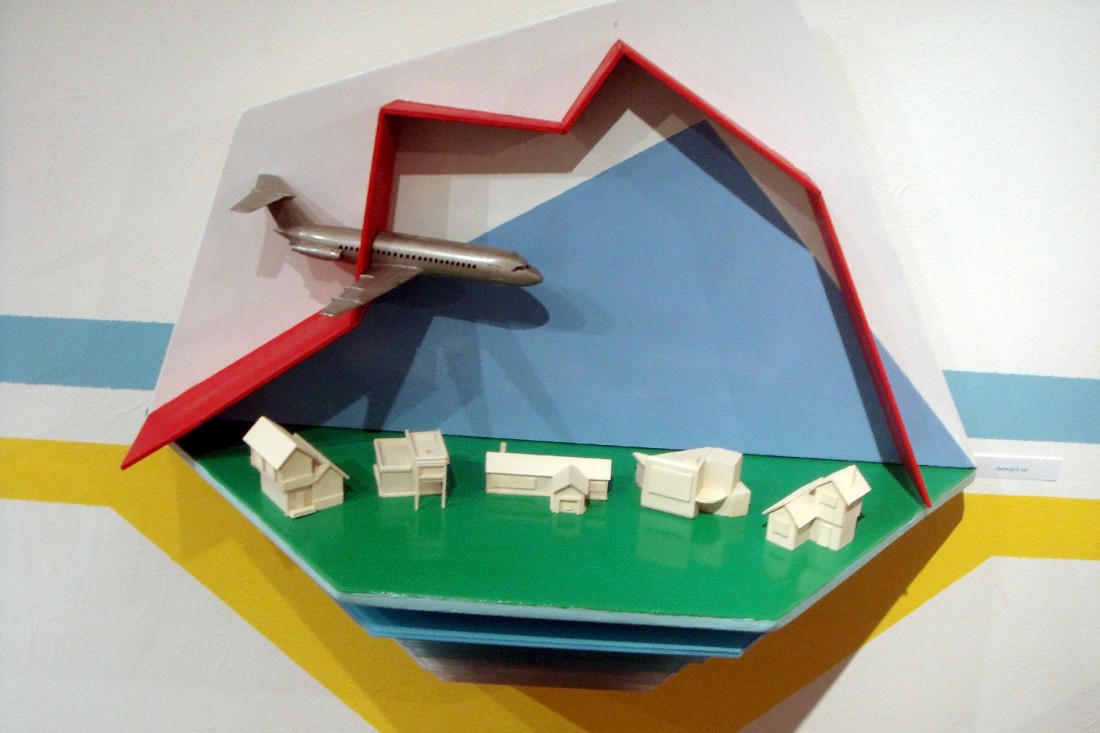 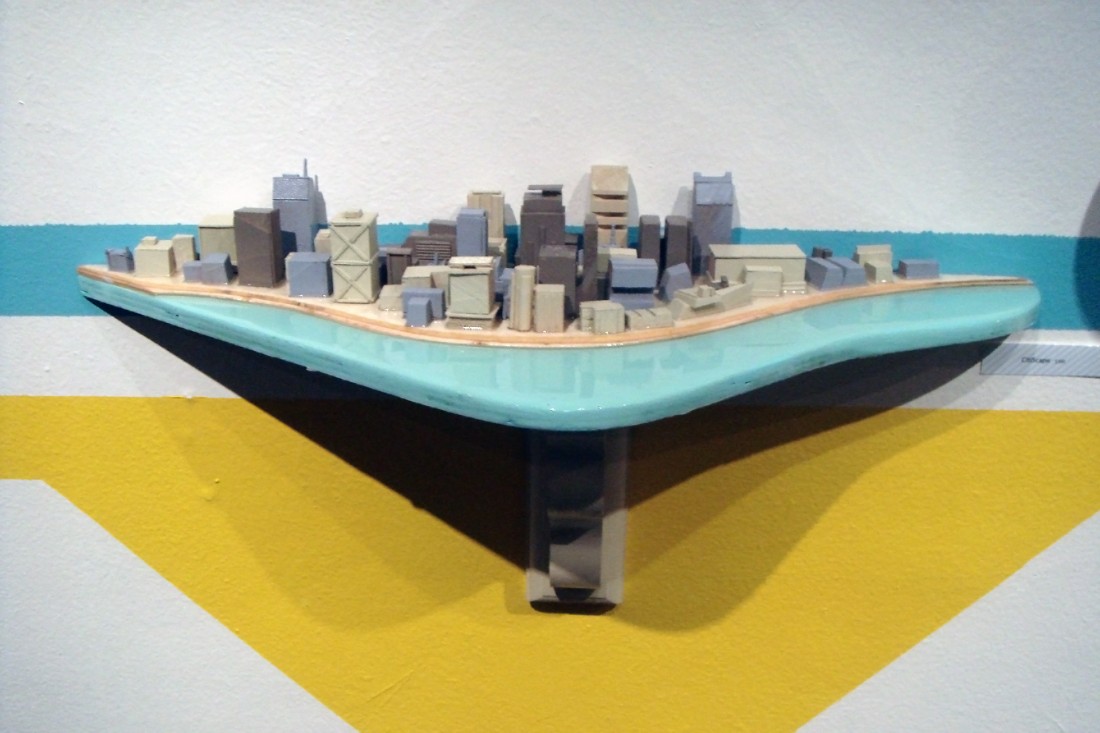 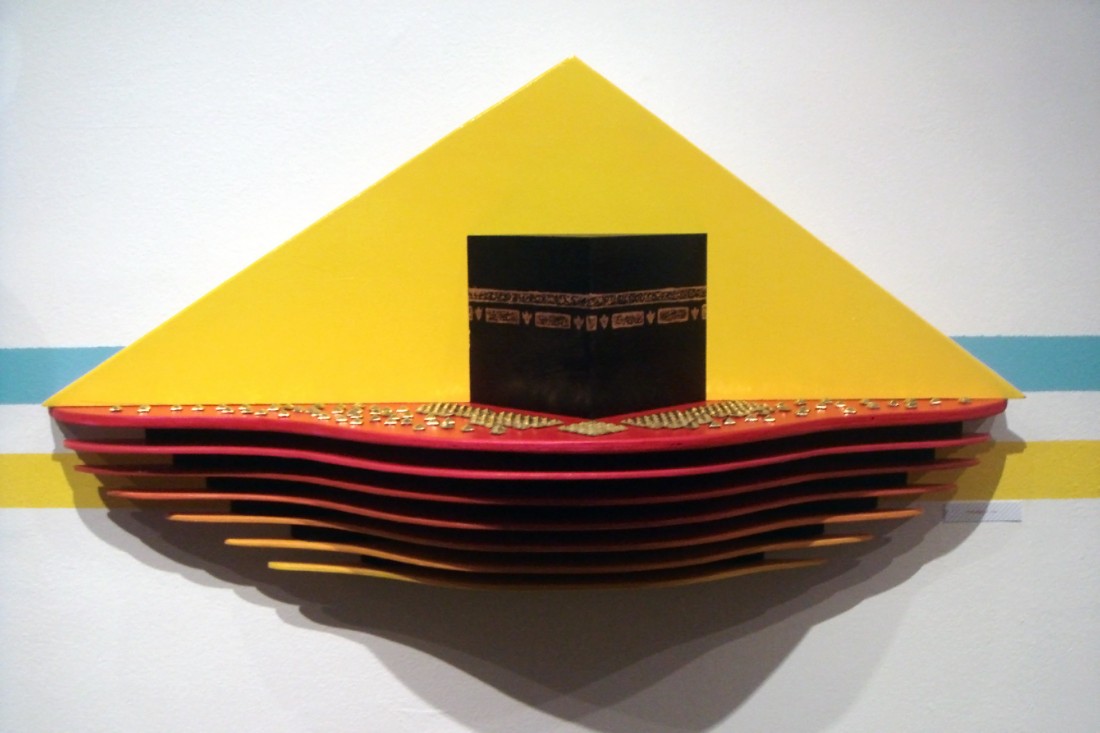 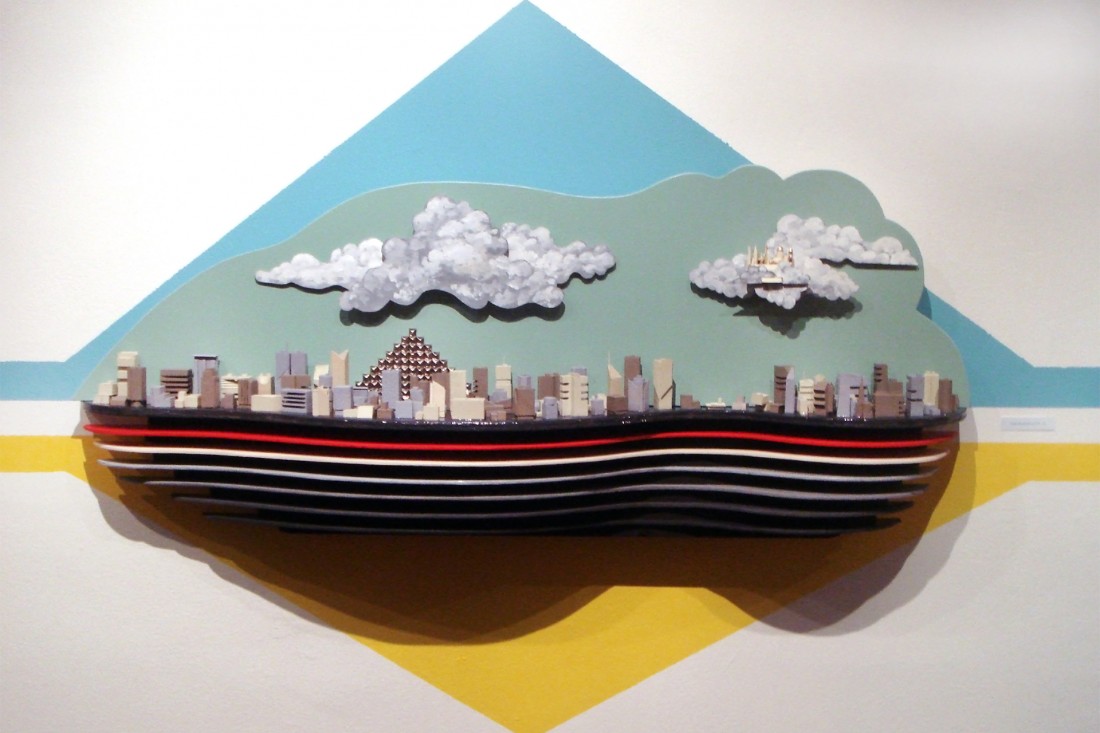 Part two in Micke Tong’s mini-Series, following 2009’s microHabitat, Ground Control survey’s the belief in religion, wealth, the super natural and how these belief systems coincide with Earth’s environment.  The artist uses his sum of personal experiences and fantasies in mixed media to create sculptural landscapes, manipulating reality into minimal and aesthetically pleasing compositions. This mini-Series is again rich in color, using pearled car paints, enamels, and wood.  There is also interesting use of acrylic plastic and metal Punk studs in which the artist adopts to symbolize people, lightening and a wall of power. “As a young man I grew up Christian and was told God is omnipresent, he’s every where all the time.”, Tong recalls.  This is the foundation for his “God’s Headquarters” pieces, where Heaven appears in urban and suburban environments.  He also says,” Heaven wasn’t created for just one denomination…”.  His curiosity of faiths also reaches to the Muslim world where the holy city of Mecca is portrayed.  The artist explains,” I find it amazing that there’s a place in this world where a person is not allowed unless they wholly give themselves to the faith of Islam.  It’s a powerful message”.  Ground Control also takes a look at how mankind values wealth and the urge to believe in the supernatural such as space and time portals. 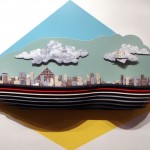 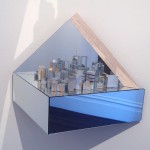 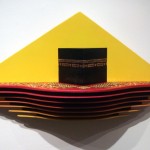 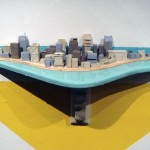 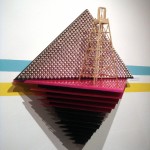 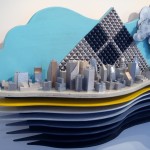 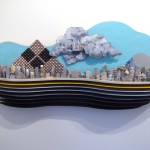 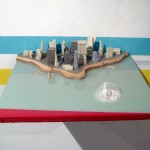